Housing: The Battersby Report – Are private tenants being protected? 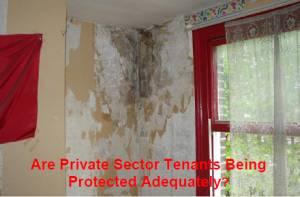 The report entitled ‘Are Private Sector Tenants Being Protected Adequately?’ (The Battersby Report), was prepared by Dr Stephen Battersby for Alison Seabeck MP, Shadow Housing Minister and Karen Buck MP, Shadow Work and Pensions Minister. It is based on an analysis of Freedom of Information Requests sent to local housing authorities in the autumn 2010.

In these requests, information was sought on service requests for house inspections; the actual number of inspections undertaken; the frequency with which the most common hazards under the Housing Health and Safety Rating System (HHSRS) as identified by the government‟s English Housing Survey plus the hazard of Crowding and Space, were identified in practice; and subsequent action to remedy these hazards. The information sought covered a three-year period to 2009/2010.

The Battersby Report is based on the following returns:

Key findings of the report are:

The PDF version of the report  is available here.