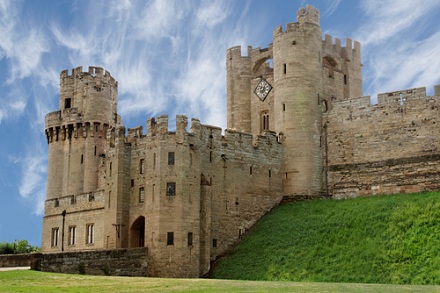 Merlin Attractions Operations Ltd, the company that operates Warwick Castle, has been convicted of failing to protect the health and safety of visitors, following a 7 day trial. Read the case summary by Daniel Mulryan.

This was a finely balanced case and would only succeed if the LA could convince a jury that the bridge posed a “material risk”.

Merlin took the view that there was no “material risk”. Approximately 20 million people had visited the Castle since 1978 and there had been no recorded accidents or near misses at the bridge. Further, LA HSW inspectors had undertaken regular HSW audits of the castle for a 30 year period before the accident but they had never counselled or warned the castle that the bridge posed a fall from height risk. Coincidently, 4 days before the fatal accident, 25 HSE inspectors visited Warwick Castle as part of a training course. Merlin told the jury that during the visit the HSE inspectors crossed the bridge. No one ever complained or expressed concern about the safety of the bridge. Therefore, Merlin were correct to judge that the bridge posed an negligible risk, it was fanciful, hypothetical and what the public would expect in everyday life. The bridge, including the dry moat, like the rest of Warwick Castle is a scheduled ancient monument and could not be permanently altered without detailed consent from English Heritage.

WDC strongly believed that the fall height from the bridge was “masked” by trees and bushes in the dry moat. The tops of this vegetation extended above the 15 inch parapet walls on the bridge. The bridge posed a 4 metre plus fall from height risk, but effectively at “ground level”. Two witnesses to the accident said “I knelt down because I was only expecting him to be a very short distance from where I was as it looked as if it would only be a short drop. I was very startled to see the drop and I stood up very quickly because I didn`t feel safe.” The second witness said “I was surprised by the drop from the bridge because it had been disguised by foliage.”

Prior to laying information`s, the LA took Counsels opinion on the merits of a prosecution. His view was that a prosecution expert witness must be engaged. Martin Barnard was retained by the prosecution. Mr Barnard is an eminent HSW professional who successfully acted for the defence in R v Porter [2009] in the Court of Appeal. Merlin engaged Prof. David Ball an expert witness in risk management.

The trial lasted 7 days and the issue of “material risk” was explored in great detail. Merlin challenged both the LA and Mr Barnard`s view that there was a foreseeable material risk. Merlin argued that the Council`s view was solely in reliance on, the benefit of “hindsight”.

Previous case law R v Board of Trustees of the Science Museum [1993] defined “risks” as “possibility of danger”. However, Tangerine Confectionary and Veolia ES (UK) Ltd. v R [2011] held that that to show “material risk” the Crown is required to prove forseeability of “injury”. The crown is not required to prove causation of “accident” or foreseeability of “accident” R v Chargot Ltd. [2009]. Tangerine also established that the duty holder must look for both “obvious” and “non obvious” risks.

Merlin attempted to introduce evidence by way of late witness statements and digital images of similar structures in the UK with low parapet walls. It was an attempt by the defendant company to invite the jury to make comparisons, which would open up satellite issues, i.e. a trial within a trial. The Crown was concerned that if this evidence was admitted the jury would be faced with a decision of convicting and destroying their heritage or acquitting and preserving it. The judge ruled that most of the evidence relating to other similar structures/ancient monuments was inadmissible.

The jury were not required to consider satellite false comparisons, nor were they asked to make a choice between protecting national monuments from the corrosive effects of health and safety law or errant enforcing authorities. At the end of the trial the jury returned unanimous verdicts, on both counts, within 2 hours.