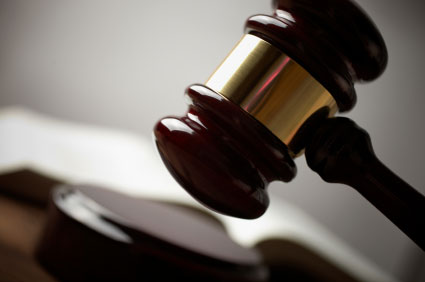 Irresponsible landlords in Wolverhampton who flout regulations and potentially put tenants’ lives at risk are being warned they will be prosecuted (Photos on Flickr).

Housing chiefs at Wolverhampton City Council issued the strong warning following court hearings which saw two landlords and a managing agent fined thousands of pounds as a result of concerns over the safety of their properties.

Officers work with property owners across the city and offer support and advice to ensure houses are of a good standard for people to live in.

But, as a last resort, the authority will use enforcement measures if necessary – including prosecution through the courts.

On July 22nd, Wolverhampton Magistrates Court heard how landlord Ranjeev Singh Sahota had left his property in The Square in such a poor condition that the wiring was a danger to his tenants and an uncapped sewer was allowing rats into the house.

Mr Sahota failed to attend Court and was found guilty in his absence of four charges – breach of an Emergency Prohibition Order, failure to comply with an Improvement Notice, failure to supply documentation to the local authority under s235 Housing Act 2004 and failure to return a requisition in relation to interest in land under s16 of the Local Government (Miscellaneous Provisions) Act 1976 and failure

On passing sentence, the Chair of the Bench said: “This is probably one of the worst cases we have seen. The property was in a dangerous state with numerous hazards.

These were categorised by the Council and sufficient warning was given to the defendant to put the property right. He chose not to do so. This was wilful not neglect. There was significant hazard and risk to the occupiers to make these fines appropriate.”

In a separate case, also on July 22nd at Wolverhampton Magistrates, managing agent KSS Properties Limited and landlord Ranjit Singh Benning were sentenced following concerns over the safety of gas and electricity supplies at a property in Prosser Street.

KSS Limited pleaded guilty to failing to respond to several requests under Section 16 of the Local Government (Miscellaneous Provisions) Act 1976 to confirm the company’s interest in the land so that further action could be taken. KSS were fined a total of £5,000 and ordered to pay £669.40 costs and a £120 victim surcharge.

Benning of, Handsworth Wood Road, Birmingham, was found guilty in his absence and was fined a total of £3,000, ordered to pay £669.40 costs and a £120 victim surcharge.

Councillor Peter Bilson, Wolverhampton City Council’s Cabinet Member for Economic Regeneration and Prosperity, said: “We are pleased the Courts have recognised the seriousness of these offences.

“The safety of residents is of paramount importance to us and we will do all we can to ensure houses in the city are of a good standard.

“We work closely with landlords to ensure their properties meet the required regulations and offer a range of support and advice. Enforcement really is the last resort for us

“We tried to work with the defendants in both these cases but, due to their lack of co-operation, we had no option but to pursue them through the courts.

“This sends out a clear message that we will not accept sub-standard living accommodation in Wolverhampton and will not hesitate to take action when required.”